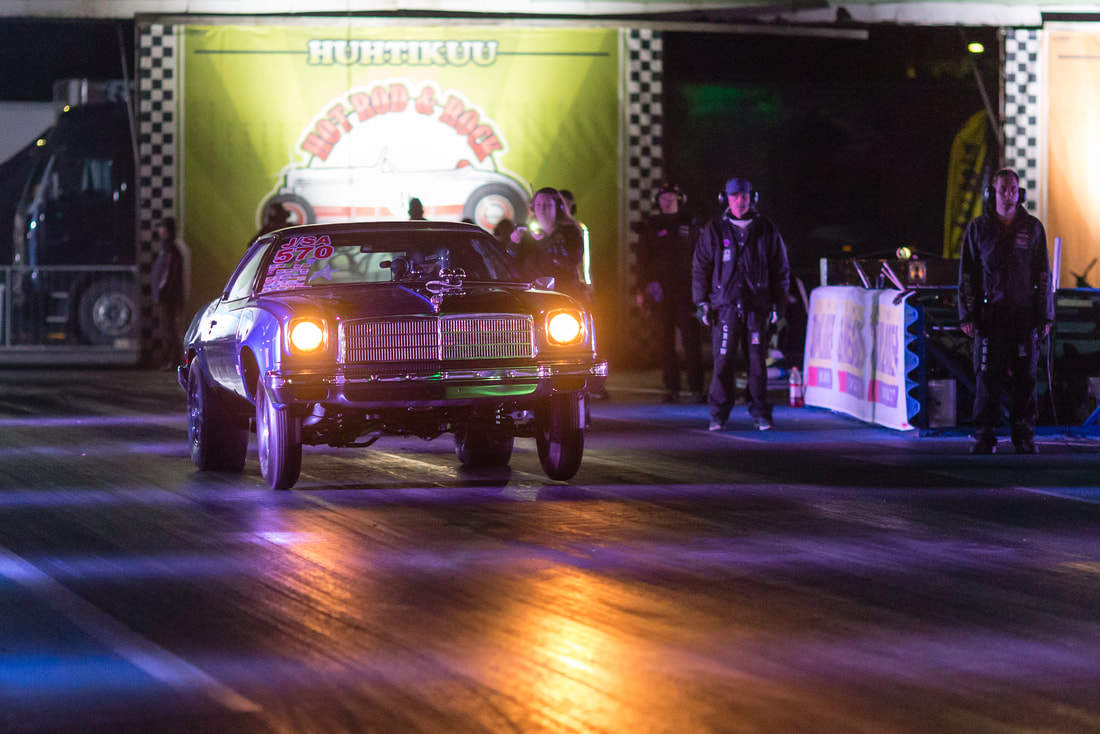 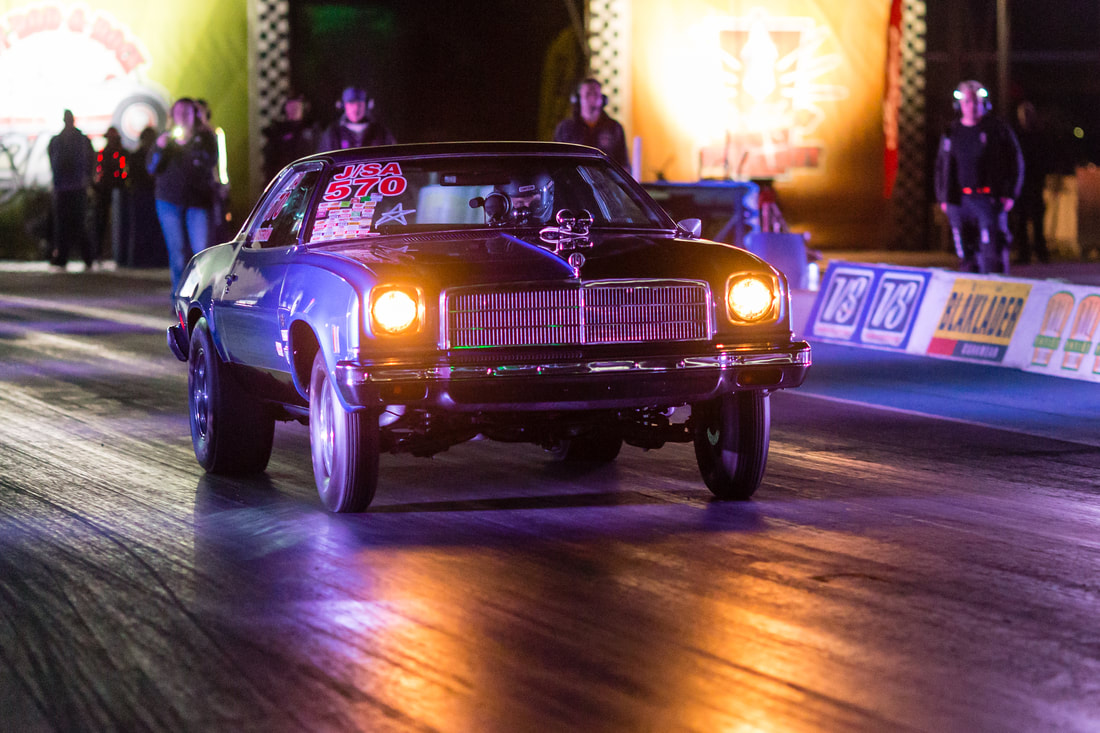 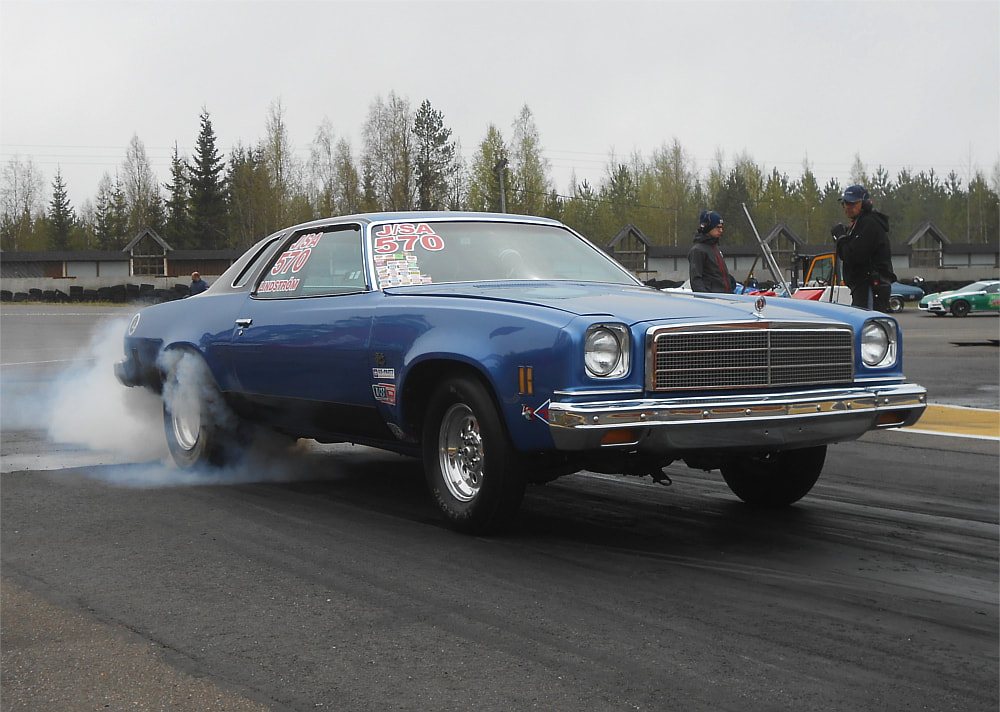 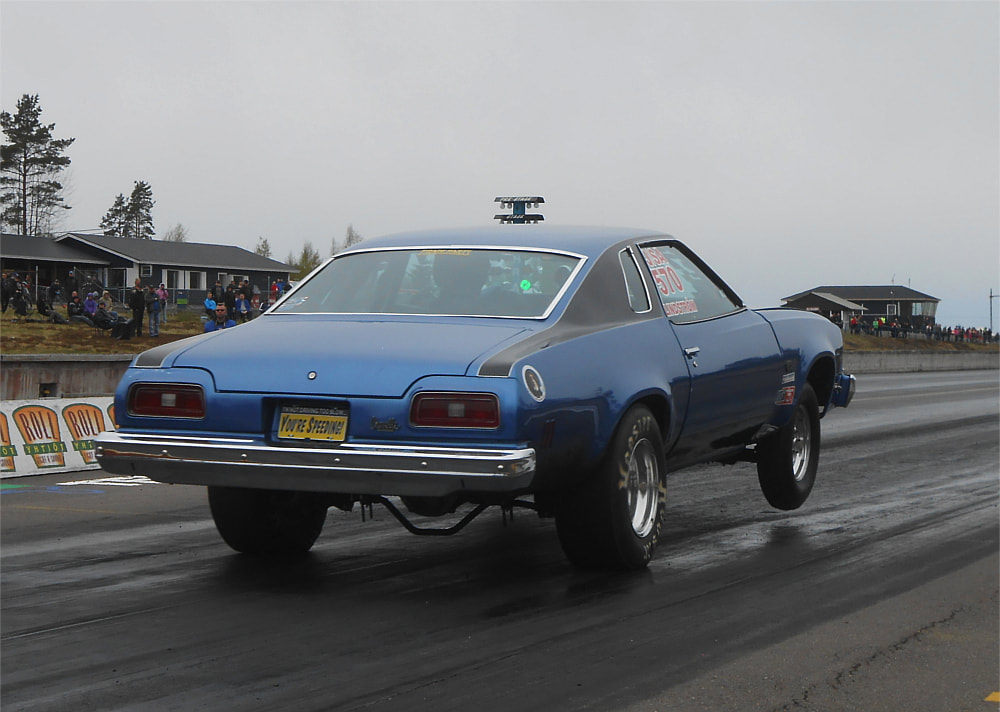 After 1988 season this car was bought to Finland. First time it was seen on the track was in 1989 and it was driven by Minna Ruohonen back then. She drove the car for some time, and last time this car has been on track was 2006 and then it was driven by Hannu Palasmaa, who sold us the car in January 2012. After some hard work this car was seen on Track first time for a while at 2013 FHRA Drag Race Week and after then it has been racing consistantly again.

It has a 350 SBC & TH350 transmission and 5:38 Final Gear Ratio. The engine is built by Hannu Palasmaa/Risto Koskinen and so far our Best ETs are: